Finding the right gear for your next outdoor adventure is vital. But the outdoor gear market is saturated with tons of seemingly great gear, and can leave you feeling confused on which tent is right for you.

You’ve probably heard that 3-season tents are best suited for spring, summer, and fall while 4-season tents can be used any time of the year. While that is somewhat true, choosing the correct tent for you depends on much more than just the season.

END_OF_DOCUMENT_TOKEN_TO_BE_REPLACED

I grew up in Connecticut and spent a significant amount of time only miles from Lyme, CT where the effects of lyme disease were first detected and reported. As beautiful as Connecticut’s forests, coastlines, and countrysides are, they are breeding grounds for deer ticks not to mention mosquitos, black flies, no-see-ums, and other pests. When I was younger, the only viable option we had was insect repellent with DEET in varying concentrations. The strongest DEET available was used primarily on clothing as it was considered too strong and potentially unsafe. Repellent paired with daily and nightly vigilance was the best answer to the tick and insect problem. Over the years, I used other products that worked with mixed results. Recently, I was exposed to Bullseye Insect Repellent with IR3535. This Department of Defense-approved product was advertised as working better and longer than DEET; a claim I had to test myself. While field testing Bullseye, I reflected on some best practices for repellents like this one. Just like any gear, it isn’t just that we have it, it is how we use it.

END_OF_DOCUMENT_TOKEN_TO_BE_REPLACED

Made in the USA. Our ruggedized LiteFighter Tuff Sack (NSN 8340-01-691-7696) is designed to attach to the outside of the ruck sack or an assault pack utilizing the standard MOLLE system. Two include straps provide additional mounting options. It’s crafted from 500 Denier waterproof cordura in OCP. The Tuff Sack has three separate compartments used to organize your military tent and its components. Please note that our LiteFighter 1 or LiteFighter 2 tent will fit inside our Tuff Sack. However, our Catamount 2 will not fit.

END_OF_DOCUMENT_TOKEN_TO_BE_REPLACED

Our CataMount™ 2 is a two-person, cold weather mountaineering tent designed as a highly stable, lightweight, ruck-able shelter made to handle ever-changing weather conditions. Our cold weather tent is extremely simple to set-up and operate, configurable to multiple mission sets, and capable of protecting soldiers during cold weather and mountain operations.

END_OF_DOCUMENT_TOKEN_TO_BE_REPLACED

With the total number of confirmed Coronavirus (COVID-19) cases exceeding more than 26 million people globally, our warfighters’ safety now extends well beyond the battlefield. To combat the further spread of COVID-19 and meet the social needs of tactical distancing, LiteFighter Systems, LLC has deployed over 45,000 LiteFighter 1 tents this year to date. We’re helping service men and women win the war on COVID-19 by arming them with the right Personal Protective Equipment (PPE). (NSN 8340-01-628-8855) 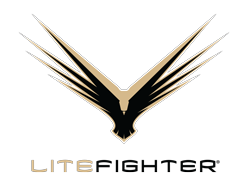